360 SportScapesBlogUncategorizedWhy Should You Resurface Your Old Sports Courts With 360 Sports & SynGrass?

An afternoon on the court should be exhilarating for any tennis, basketball, or volleyball athlete. Unfortunately, this fun will often result in injury owed to the amateur hard-surface installations that frequent many recreational facilities and homes, according to the folks from 360 Sports &SynGrass. Additionally, this reduction in joint stress is noticeable in athletic performance. It doesn’t take a degree in sport’s science to know that when athletes feel better, they play better. Plus, when you add to this the constant injury risk that hard surfaces pose to athletes, regular cement options are just about the worst circumstances that an athlete can endure in terms of performance.

Thanks to the team at 360 Sports & SynGrass, homes, businesses, and schools can install custom sports courts that fit the precise specifications required of their sport while reducing the risk of injury and enhancing performance.

As professionals in the sports industry, the 360 Sports & SynGrass team has worked with some of the biggest names in the business and is proud of their reputation as the company that puts comfort, affordability, and environmental sustainability first. Call them at (877) 937-4360 and visit them online when you’re ready for top quality sports court resurfacing. 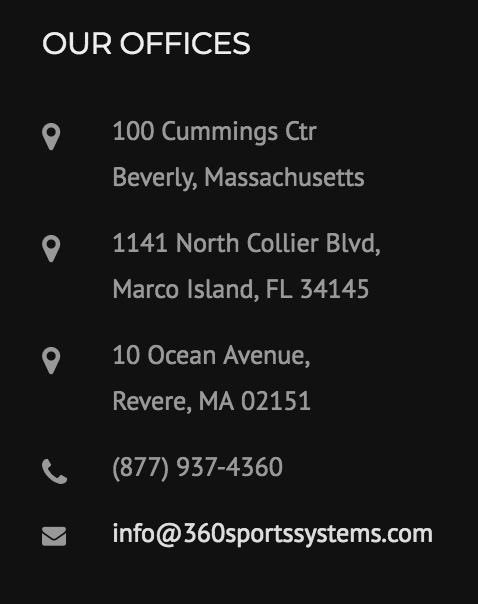